Rodolfo Pizzaro is ready to make the leap to Europe. by Nestor Esquivel
Pumas host Pachuca in 2020 Home Opener by Mahonri Mendoza

Striker Ake Loba has found a new home in the Liga MX With Monterrey after a great showcase of skills with Los Gallos Blancos de Queretaro in recent tournaments.

In the past few days the future of striker Ake Loba has been in question after previously being rumored to be part of Cruz Azul or Tigres reinforcements for the Clausura 2020, both deals fell through. These changes have caused a rift for the Ivory Coast native in the Liga MX. Now recent reports indicate that the 21 year old striker will join the forces of the current champions of the Liga MX in Los Rayados de Monterrey, who will fight to keep their title in the Clausura 2020.

With well over 2,200 minutes of experience in the Liga MX and 11 goals registered under his name since joining Los Gallos Blancos de Queretaro in the 2019 Clausura, Loba has slowly made his name stand out due in part to his scoring prowess. His signing will bring in even heavy competition to Rayados frontline. 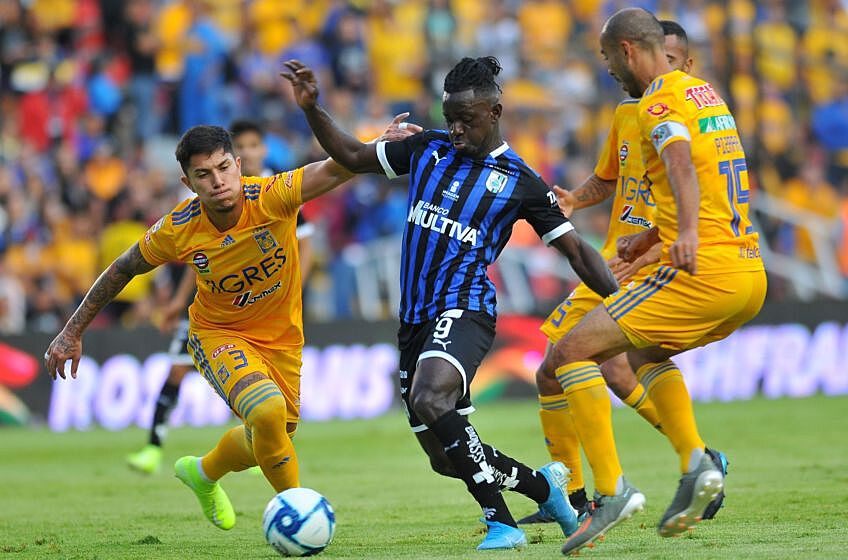 With the departure of forward Angel Zaldivar to Puebla for the 2020 Clausura . It makes obvious sense Los Rayados were in need of another strong striker to support and compete with Rogelio Funes Mori and Vincent Janssen. Along with Zaldivar departure, Rayados also let go of Jonathan Urretaviscaya.  Jonathan returns home to Uruguay to play with Penarol. Los Rayados also sent their young up and coming player Johan Vazquez to Pumas UNAM to acquire more playing time then he would at the stacked club Champions Monterrey have.

Los Rayados will not play the first week of the 2020 Clausura, they will have a current “bye” and make their debut in the tournament facing las Monarcas de Morelia  at home in EL Estadio BBVA Bancomer. All eyes will be on Coach Antonio Mohamed’s men as they turned their composure around mid way throughout the 2019 Apertura  which concluded with them beating Las Aguilas de America in the Liga MX final. Lets not forget how well they played at the FIFA Club World Cup in December as well.